We have finally got started with Earth Church (see previous blog post) – an attempt to address climate change and other environmental issues in the light of Jesus’ life and teaching. We had a shaky false start, then a break, and now we’ve met twice. First, we looked at the manifesto and discussed what Jesus-shaped environmental action might look like. Some of us had recently heard Sarah Corbett speak about ‘Craftivism‘ [see her on Youtube here] and liked her positive approach to action. We thought that so much environmental action is negative and reductive, whereas Jesus’ faith in God was about abundance, joy and grace. As Sarah Corbett says, “If we want a world that is beautiful, kind and fair, shouldn’t our activism be beautiful, kind and fair?” We decided we would go through the eight sayings of Jesus that introduce his ‘sermon on the mount’ (Matthew’s gospel chapters 5-7) and figure out how they might inform environmental action that celebrates God’s abundance. 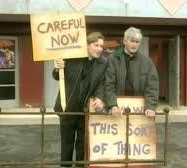 Our next meeting focused on the first of those sayings: “Blessed are the poor in spirit, for theirs is the kingdom of heaven.” During the social media activity between meetings, one of the group suggested that we could think about air quality – Blessed are the poor in air… Air and spirit are the same basic word in New Testament Greek, so it seems like a valid point. I recorded a short video about this as part of the preparation. When it came to our discussion, we just slipped into the old habits of reduction – using less, polluting less, travelling less – and that’s obvious and perfectly true. When the problem is an excess, whether of greenhouse gases or diesel particulates, the solution must surely be to reduce the excess. But when someone observed what we were doing, compared to what we’d set out to do, we found it really hard to pull ourselves out of that reductivist hole to a broader space of positivity and celebration.

Maybe it’s an impossible task. You simply can’t beat excess with abundance. But what if the task isn’t about beating, or defeating or winning? What if it’s about renewal and life in its fullness (or in abundance)? Not more or less but new? A few years ago I wrote about Naomi Klein’s contrast of extractive and regenerative mindsets. Here’s a quote from that longer blog post on the idea of multiplication:

A regenerative approach would be more immersed and participative. It would be very mindful of what is put back into the natural system. We have to take – we have to eat and heat and so on. The question is, how do we give back and replenish, so that regeneration – new life – can happen? In a regenerative society, multiplication would mean putting more in than was taken out. A guiding principle would be that if you can’t add more back in, you can’t take anything out. We would live in order to multiply life.

In a regenerative world, we would pay attention to the relationships within systems. People more interested in giving than taking would naturally build strong and joyful communities. They would apply their ingenuity to inventing ways of growing food, travelling, acquiring and using energy, and so on, that multiplied life rather than diminished it. As more is put in than taken out, carbon emissions would go into reverse. But the focus would be on life, not on stuff. The focus would be on life that is abundant and flourishing, for all.

Multiplication gives you different results from either subtraction or addition. In the old joke, if you cross (i.e. multiply) a sheep with a kangaroo, you get a woolly jumper. It’s something new – not more or less but new. What would action on carbon emissions or particulate pollution look like that was geared to the coming of the kingdom of heaven – a vision of the world being the way God wants it to be? What if that vision of a world of abundance in which all living beings lived together in peace and love shaped our living now? What would living, what would action, look like in the light of that hope? What would it look like if it were shot through with joy and grace and belief that life in abundance were possible, and not just possible but already coming into reality through Jesus?

I don’t have answers. But I hope our little Earth Church group can avoid sinking back into that negative, reductivist hole and instead find a path of new life, not least when we meet again to discuss the next saying on the list: “Blessed are those who mourn, for they will be comforted.”

6 thoughts on “Abundance versus Excess”