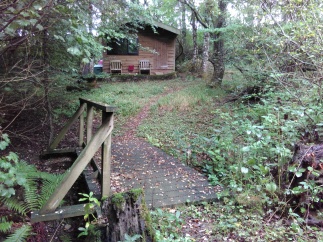 I’m just back from a short week in a cabin in a small wood in Devon. It’s part of the wonderful Sheldon retreat centre (Society of Mary and Martha) where I’ve been for luxurious retreats in the past and where we go annually for a clergy family holiday.

The cabin is pretty basic, although it has electricity and a cold water tap. The best part was having the wood to myself – part of the deal is ‘Go away’ signs to hang on the gates. 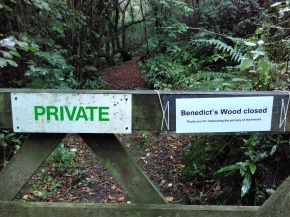 Of course, I didn’t have it to myself. I was sharing the space with the creatures for whom this is home, from the little mouse living in a hole in the porch, to the rabbits across the bridge, the birds, spiders, insects and so on. The best wildlife moment for me was sitting outside the cabin one evening, enjoying watching dusk fall on the wood, when I heard a tawny owl’s “kee-vick” call. All of a sudden, there she was, clinging to the trunk of an ash tree, not seven yards away. She turned her head around, gave me a long stare out of big black eyes, and flew off silently. I hadn’t seen a tawny owl in the wild before, so it was a special moment, made more special because I had earlier been reading about tawny owls in Rob Cowan’s fabulous book, ‘Common Ground’.

I just love being in the woods. There’s something holy about dappled light falling through branch and leaf. I love the smell of damp leaf mould in the morning after rain. There is so much life in a mixed woodland, even a small one like this, that it feels like a privilege to live amongst it, even as a short-stay guest. Trees seem to keep their own time, much

longer than mine, that means that a couple of hours spent watching the leaves flutter was just a moment’s glance. At the beginning of my stay, I had that panicked sense, common for me at the start of any retreat, that I hadn’t brought anything to do, not even a notebook. As usual, that feeling was mingling with a sense of urgency to get something meaningful out of the time. It took about a day for that inner urgency to quieten down, and I found that while there was little to do, there was plenty to be, and that even with such a good book to look at, there was plenty more interesting to look at, not going on but just being, all around me – the life of the woods. 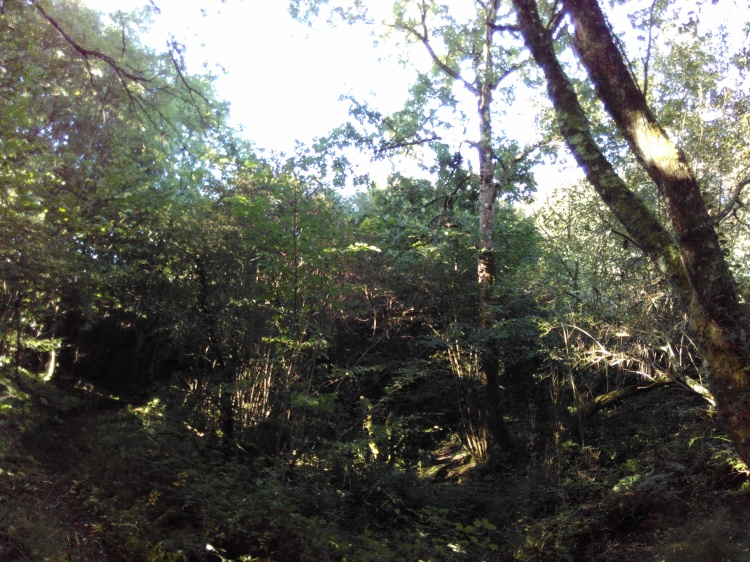 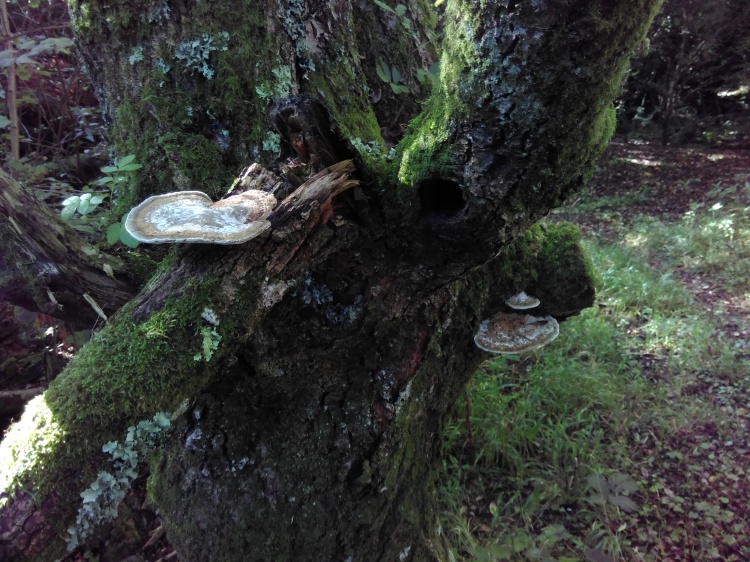